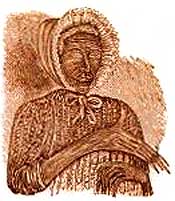 Barnum launched his career in the mid -1830s with his exhibition of Joice Heth, an elderly enslaved African-American woman. Heth had been exhibited by others with little success, but Barnum brought her to New York, advertised her age as 161, and claimed that she had been nursemaid to the young George Washington. Barnum and his partner, Levi Lyman, exhibited Heth in taverns, inns, museums, railway houses, and concert halls in cities and towns across the northeast for seven months, beginning in 1835. With Joice Heth, Barnum demonstrated two of the techniques that would mark his showmanship in the decades to come: manipulation of the popular press and the use of scientific "experts" to evaluate his exhibits. Joice Heth was a popular subject in the pages of the "three-penny press" (often referred to by historians as the penny press), which catered to urban working-class readers and challenged the cultural authority of more genteel (and more expensive, at six cents per copy) newspapers. When ticket sales tapered off, Barnum wrote an anonymous letter to a Boston newspaper claiming that Heth was a fake -- that she was actually a machine, made up of whale bone and old leather. Crowds flocked again to see her. Heth died of natural causes in 1836. Although a prominent doctor performed an autopsy and concluded that Heth was no more than 80, Barnum countered that the corpse was a fake and continued to claim that Heth was still alive and performing elsewhere. The Heth hoax, frequently invoked by his critics, dogged Barnum throughout his subsequent career as a showman. Barnum’s public association of a slave woman with George Washington coincided with the beginning of organized opposition to slavery; the American Anti-Slavery Society was founded in 1833 and gained members rapidly through the rest of the decade.

In late 1835 and the first weeks of 1836, Americans in cities and towns across the northeast might have seen this poster advertising the exhibit of Joice Heth, an elderly African-American woman. The poster's text provided one enticement to the curious by highlighting Heth's connection to the revered George Washington. The poster's crude woodcut image, depicting a woman with a wizened face and talon-like nails, tempted onlookers to see for themselves the curiosity of her extreme age. Unlike Barnum's later human exhibits, who were photographed fairly often, this is one of only two images of Heth that remain.

This image of the exhibition of Joice Heth comes from Barnum's 1855 autobiography The Life of P.T. Barnum Written by Himself. In the book, it illustrates a passage describing how a Boston woman closely examined Heth to determine if she was a machine or a human. Heth, in the background, looks far less grotesque than she did in the poster which Barnum used to advertise her in 1835.

Barnum and his partner Levi Lyman drew the curious to see Joice Heth using posters and advertisements like this one, from the New York Sun. This advertisement provided the story that would entice readers to see the "real thing" by highlighting Heth's connection to the revered George Washington as well as the curiosity of her extreme age. This linking of Washington -- who by the early-nineteenth century had attained mythic status as the nation's founding father -- to slavery should be considered in the context of the growing public debate over slavery during the 1830s, although no surviving sources from the time reflect any explicit commentary linking Heth, Washington, and the nascent abolitionist movement.

Barnum advertised Joice Heth as the "Greatest natural and national curiosity" of the day, emphasizing the two elements of her popular appeal: her exceptional age and her close connection to the revered George Washington. These newspaper items illustrate these two aspects of how the public understood Heth. The first item, from the New York Evening Star, describes in spirited detail her physical attributes and signs of her extraordinary age. The second item is a letter written to the New York Sun protesting the display of Heth for commercial profit precisely because she was the last living link to Washington.

In the antebellum period, autopsies were an important means of scientific inquiry into the workings of the human body, but many whites objected to the use of the corpses of "respectable" people for such a purpose. Thus, the corpses of paupers, criminals, and African Americans (particularly slaves) were most likely to be used for anatomical study. This item from the New York Sun announces Heth's death and urges a "post-mortem examination," or autopsy, which would quickly prove controversial.

Barnum and his partner Levi Lyman exhibited Joice Heth in taverns, inns, museums, railway houses, and concert halls in cities and towns across the northeast for seven months, until she died in February, 1836. Her death, far from ending the profitable exhibition, provided Barnum with the opportunity for his most bold -- and exploitative -- spectacle yet. On February 25, 1836, 1500 people paid fifty cents apiece to watch Dr. David Rogers dissect Heth's corpse and conclude that the elderly woman was, at most, eighty years old.

Joice Heth was a popular subject for the many newspapers of the brash working-class "penny press" throughout her seven-month exhibit, and controversies surrounding her death provided a windfall of stories for rival papers. Two days after Heth's public autopsy, the New York Herald published the first item, a report claiming that the woman who had been autopsied was not Joice Heth at all. (The Herald relished comparing this latest deception to the "lunar hoax" perpetrated by its competitor the New York Sun six months earlier, when the Sun published reports -- penned by Edgar Allen Poe using the pseudonym R.A. Locke -- of discoveries of bat-men and quartz mountains on the moon that it later admitted were false.) On the same day, February 27th, the Sun reported a different "humbug," that Barnum had admitted to them that Heth was not as old as he had claimed, but that he planned to continue the deception for gullible paying audiences abroad. A third paper, the New York Evening Star held fast to the original claim of Heth's age, citing her physical characteristics as evidence.

Barnum expertly manipulated the "penny press" to create controversy about (and publicity for) his attractions throughout his career, beginning with his exhibition of Joice Heth. These two items, from, respectively, the New York Herald and the New York Sun, reflect Barnum's canny use of existing rivalries among newspapers to further his own reputation as a showman.

Joice Heth was only the first attraction for which Barnum publicized an examination by a scientist or doctor who pronounced the attraction either "authentic" or a humbug. These public narratives of scientific authority were central to the popularity of Barnum's attractions in an era when anonymity and deception governed urban social and economic relations. This letter to the editor of the New York Transcript reflects some of the ideas about science, heavily influenced by antebellum ideas about racial difference, that made Heth such a potent and complex symbol.

Several months after the Joice Heth controversies, and their feverish coverage in the "penny press" subsided, the New York Herald announced its plans to publish a series of articles exposing the "humbug" in its every detail. In this first installment, both Heth's physical features and habits (particularly her fondness for whiskey) are described in mocking detail. The supposed sophistication of eastern urbanites (compared to their naive brethren in the western reaches of Cincinnati) and the scientific authority of doctors are also derided. Scholar Benjamin Reiss suggests that this series was based on an exclusive interview given to the Herald by Levi Lyman, Barnum's partner in the Heth exhibit. The Herald stories ceased after seven installments and failed to describe the controversial autopsy; Reiss speculates that Herald publisher James Gordon Bennett abruptly cancelled the series when he realized Lyman was deceiving him yet again.

Taken from Barnum's 1855 autobiography, The Life of P.T. Barnum, Written by Himself, this long account of the exhibition of Joice Heth emphasizes Barnum's prowess as a showman and the lengths to which he and his assistant, Levi Lyman, went to keep newspaper and public attention focused on their first human attraction. In another autobiography published in 1869, Barnum disavowed his involvement in the Heth hoax; by contrast, this account describes in boasting detail his acquisition, exhibition, and deliberate attempts to create public doubt about Heth.

Just as he crafted stories about his attractions to draw audiences to the American Museum, P.T. Barnum fashioned a variety of narratives about his own life. In 1869 Barnum published the second edition of his autobiography, titled Struggles and Triumphs Or, Forty Years' Recollections. In a chapter titled "My Start as a Showman," he narrated his version of the humbug-filled exhibition of Joice Heth, an escapade about which many versions had circulated in the popular press more than three decades before. In this brief account Barnum actively distances himself from the whole affair, claiming that he was as much a victim of the hoax as anyone. At the end of his description, he coyly suggests that perhaps Heth's age was not a hoax after all

The Life of Joice Heth, The Nurse of Gen. George Washington, 1835

This pamphlet, with no credited author, was most likely produced by P. T. Barnum or one of his employees, and it was sold to promote the exhibition of Joice Heth. It purported to tell Heth's life story and quoted several newspaper articles about her. The pamphlet also promised that all proceeds from its sale, and from admissions to the Heth exhibition, would be used to buy her descendents out of slavery, a claim that Barnum concocted in the face of abolitionist criticism of his presentation of the enslaved Heth.

In 1841, the New York Atlas newspaper published a series of articles titled “The Adventures of an Adventurer.” Authored by Barnum, who used the thinly veiled pseudonym “Barnaby Diddleum,” the “Adventures” describe the showman’s 1835 exhibition tour of Joice Heth, an elderly slave that he presented as the 160 year old former nursemaid of George Washington (she was neither). The “Adventures” are a complicated source of historical evidence—far more candid on the subject of Heth than Barnum’s later autobiographies, the articles contain invented episodes alongside other incidents that are verifiably true. Yet the overall narrative, and what scholar Benjamin Reiss describes as its “casual, sadistic machismo,” offers a convincing picture of a disturbing episode from Barnum’s earliest career as a showman. In this excerpt, “Barnaby Diddleum” gleefully describes how he used outright deception to sooth the moral qualms of abolitionist ministers in Providence.

In this contract, R.W. Lindsay of Kentucky agreed to sell, transfer, and deliver to Barnum the possession of Joice Heth and the sole right of exhibiting her for the remainder of the twelve months for which Lindsay had the right to exhibit Heth. Barnum, in effect, leased Heth for ten months and became her master for that time period, if not her legal owner. In later years, Barnum made contradictory claims about his status as the master of the enslaved Joice Heth to distance himself from his earlier support of slavery. In 1854 he claimed to be "the proprietor of the negress," while in 1869 he wrote that his payment only made him "proprietor of this novel exhibition." The distinction is critical since slavery was illegal in the North where Barnum exhibited Heth in 1835. William P. Saunders, an apparent partner of Barnum, pulled out of the agreement and his name is crossed out in the contract.